The problem with compromised software 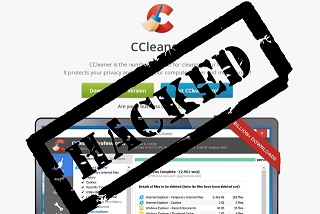 As everybody probably knows by now, CCleaner was compromised and malicious individuals added multi-stage malware payload on it. A typical case of compromised software if you ask me, pretty much like the one with the Ukrainian tax software that spread Not-Petya.
But there is a different aspect to why compromised software is very dangerous, and it actually uses (believe it or not) social engineering in a more advanced way.

Nowadays many endpoint protection solutions use some way of behavior analysis to identify malicious activity. In that essence, I guess that software like SentinelOne, Cylance, CarbonBlack, Cybereason would probably pick up the infected executable based on its activity, and block it. All is good so far, the software is blocked and the user is protected.

But then the SOC that is handling the tool has to make a decision:

Is it a false positive or not?

And here’s when trouble starts:

Eventually the software will be Whitelisted as false positive and that’s game over.

What can save you? Probably nothing but a mitigation is to have threat feeds so that you find out that CCleaner was compromised as early as possible. A strong endpoint solution would be useful too, if it could go back and identify all instances of CCleaner in your environment after a specific time (even though it was whitelisted), but I’m not familiar of any endpoint solution having this functionality.